The Security Constrained Optimal Power Flow (SCOPF) tool is an extension to Simulator OPF used to achieve an economical operation of the system while considering not only normal operating limits, but also violations that would occur during contingencies. The SCOPF changes the system pre-contingency operating point so that the total operating cost is minimized, and at the same time no security limit is violated if contingencies occur.

The SCOPF has the ability to produce bus locational marginal prices that fully and simultaneously model the economics and the security of the network. This function is indispensable to simulate the performance of a system, region, or utility in a market environment, and to analyze the system conditions that result in high marginal prices. They are also used to study the effects and economic impact of network congestion. The computation of security-constrained locational marginal prices in Simulator follows the philosophy of FERC’s Standard Market Design. 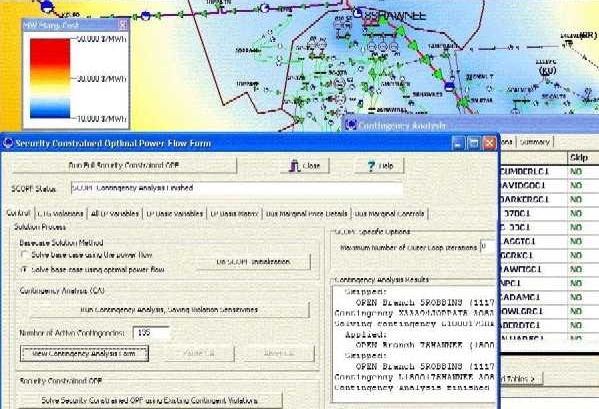